1517 Fund general partners Mike Gibson and Danielle Strachman said they came away impressed with the region’s entrepreneurial ecosystem after touring some of its businesses and coworking spaces while visiting as part of Design Week Fort Wayne.

Gibson and Strachman took part in two presentations for the annual week-long event brought to Fort Wayne by Wunderkammer Co. Their San Francisco- based, early-stage venture-capital firm influenced the creation of Elevate Northeast Indiana’s Fortitude Fund. Both programs offer a series of microgrants as well as entrepreneurial communities that includes mentorship and coaching.

Nick Arnett, 1517’s community manager who runs its microgrant program, guided an evening discussion for the event May 8 at Wunderkammer, where Gibson and Strachman shared some of what they have learned about finding and working with potential startup founders. 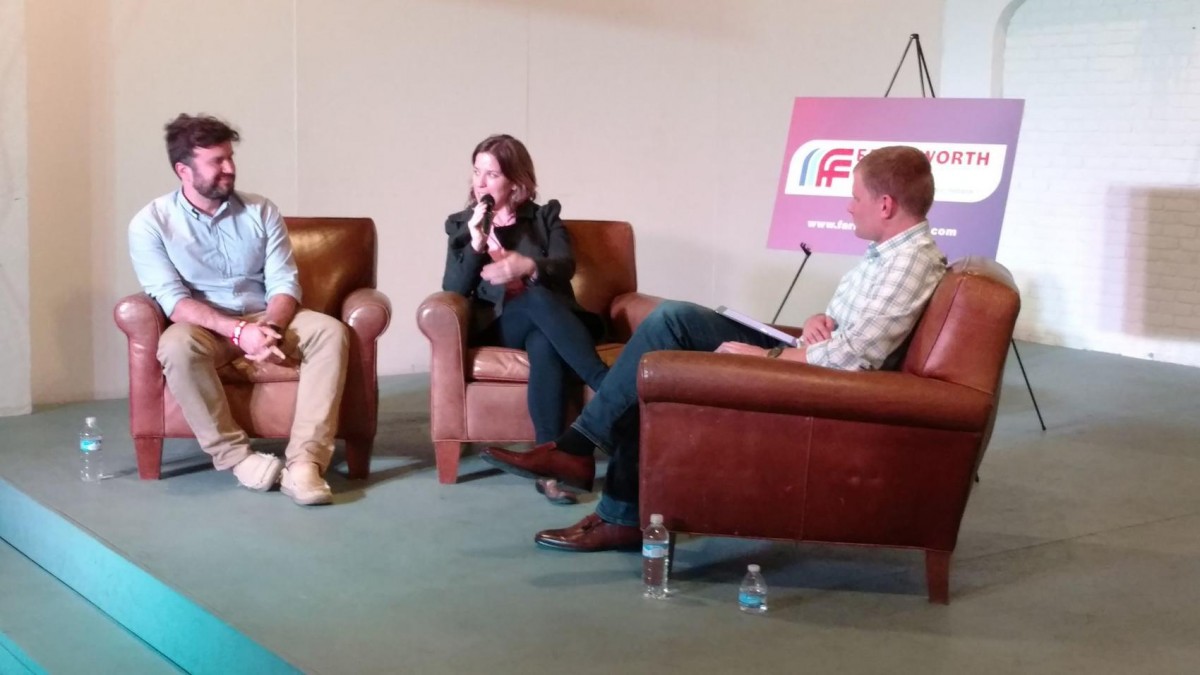 Gibson provided context for opinions about Fort Wayne by describing what venture capital investment work is like in San Francisco.

“If you think about how regions compete or what their strengths are, it used to be maybe 10 years ago Silicone Valley really was the place you’d want to start a tech company if you had the idea,” he said. “The reason that was the case is you had these powerful networks. You had investors who were willing to write checks and they had know-how because they probably had started their own company a generation before, and then you have a lot of talent as well. Fast forward to the present, and I think it’s questionable whether you should actually be there. The cost of living is extremely high.”

A tightening of regulation has discouraged new apartment-complex construction to the point that it is not keeping pace with growing demand, and rents there have been getting higher and higher.

“If you’re a startup, you have to raise more money to pay engineers to live in those apartments, so really the people who own the buildings are the ones collecting the venture capital. It’s not a healthy situation,” he said. “So when I toured Fort Wayne, the first thing I’d see is this really strong competitive advantage that it is a very affordable, nice place with great people.”

There is enough excellent current information out there in books and videos on how to start a business to make the process easier than it used to be, and Fort Wayne has an abundance of veteran entrepreneurs with experience they are willing to share, Gibson said.

“Maybe you don’t have as many investors, but over time I think as people start to do things, that could change. And maybe you could draw on capital from elsewhere in the region,” he said. “There’s just so many talented people here, I’ve come away very impressed and I think you guys have what it takes.”

Strachman agreed with Gibson’s assessment of the region and she said she was surprised that it does not have more business startup activity already, given everything that is in place to support it.

“You have the expertise of the people, you have the people who founded before, you have the Fortitude history, it’s all here,” she said. “As far as I’m concerned, it is all ready to go. If I was going to add what to do that I think could help, we’ve talked about community a lot, so having community events.”

She suggested maker events could attract some very promising potential founders who might not attend community building event marketed for entrepreneurs.

Strachman loves the microgrant program at 1517 and said it was good to see a similar program getting off the ground in Fort Wayne in the form of the Fortitude Fund.

Finding founder teams through a microgrant program that are ready for investment requires patience, but 1517 has found it can be well worth the required effort and resources, she said.