One of our Fortitude Founders, Matt Siri, recently won a grant to continue pursuing his bold business idea. Click here to listen to the story!

What’s a vegan to do in Fort Wayne when left without an array of options from a get-it-and-get fast food joint or a sit-down restaurant? If that vegan is any kind of a cook, then the best choice is the at-home meal plan.

“They always want to offer you salad and that’s it,” said vegan Cicely Forte’-Wright, talking about the limited options presented by restaurants. “Since we’ve transitioned to being vegans, it’s been a struggle here and there when it comes to certain places.”

In Fort Wayne, the limited options include the Loving Café at 7605 Coldwater Road. Vegan food joints can be found all over Indianapolis though.

After transitioning to all-in vegans (with a short layover as vegetarians), eating at home created the opportunity for Cicely and her wife of 4 years Ayesha to start their second business together, Black Seed Vegans, a catering venture currently in its first four months.

Over the next three years, the Fortitude Fund will bestow a micro-grant worth $1,000 to 200 entrepreneurs across the 11-county Northeast Indiana region.  As of the end of June 2018, 16 out of the 50 grants planned have already been gifted.

Four grants were given on the May 3 launch date and 12 recently in one night.  Capture Sports Agency’s Chauntiel Smith (FWIS Issue 7) and Ayesha Forte’-Wright, on behalf of her wife Cicely and their business, Black Seed Vegans (FWIS Issue 4), were recently awarded grants.

Entrepreneurs, for-profit distinctions, need only to apply online on the Fortitude Fund’s website for consideration: FortitudeFund.com.

The program has the dual goal of building a diverse community of entrepreneurs and to change the narrative about regional entrepreneurs, according to Fortitude Fund program manager Steve Franks.

“People say it’s all about the money, but that’s not it at all,” Franks said.  “We are looking for the stories that are good to tell, with people that don’t get talked about like they should.”

In addition to the grant, the Fortitude Fund will bolster local entrepreneurs by providing access to mentors through informal “socials,” held quarterly.  The last social, held at Wunderkammer Company, brought together forty-three people.  “They wouldn’t shut up,” Franks said of the event’s atmosphere.” They just kept talking.”

Hit up the calendar at FortitudeFund.com for future get-togethers.  The next social should occur somewhere around mid-to-late July.  Another will happen during Start-Up Week, October 15-19, 2018.

“We view the Fortitude Fund as community first, mentoring second, and money third,” Franks said.  “We’re not a venture capitalist company. We’re not looking for the 1%, we are looking for the 99%. We want to grow everybody.”

The program is funded from donations by elevate northeast Indiana [sic], a regional community partnership of Elevate Ventures out of Indianapolis and local donors spearheaded by the Northeast Regional Partnership in Fort Wayne. 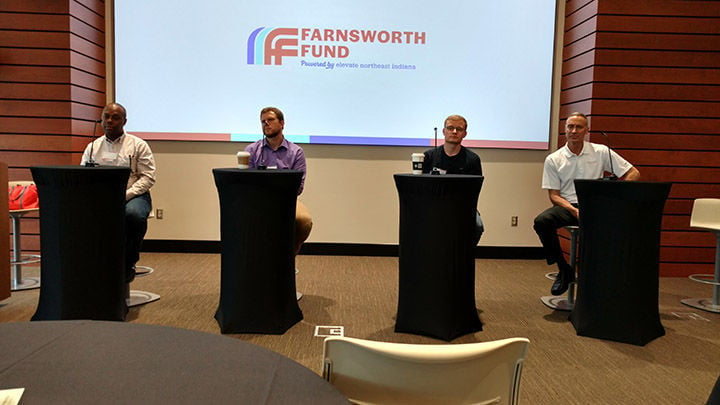 Northeast Indiana has important advantages its entrepreneurs can leverage to help improve the region’s image with angel investors and venture capitalists, and to compete with entrepreneurs in other cities for tech company startup and early-stage funding.

M25, a Chicago micro venture capital fund, had ranked what it considered the Midwest’s best locations based on their tech startup ecosystems, and shared the results early in the panel discussion, which showed Fort Wayne coming in 29th out of 52 cities.

The investment discussion was moderated by Steve Franks, Fortitude Fund program manager. He sought panelist responses to the ranking, asking them to identify some of the region’s advantages and explain how they could be used to improve Fort Wayne’s rank.

While acknowledging Fort Wayne is not the primary location of a major research university, such as Indiana University, Purdue University, or the University of Notre Dame, Clark noted that even with Notre Dame, South Bend was only ranked 24th.

“They should be way higher than us, way higher,” Clark said. “And so, the fact that we’re that close, I’m really encouraged by those numbers.”

In addition to the interest expressed by the much larger Purdue Fort Wayne in collaborating with the business community, there are “many small universities here in northeast Indiana, that when working together, can make a big difference,” he said.

M25’s “Best of the Midwest Report” ranked Toledo 41st, and Gutwein said its population and economic base are similar to Fort Wayne’s.

The Summit City has a much larger population than South Bend, Lafayette and Bloomington, and attracting talent from those university towns helps Fort Wayne’s tech startup ecosystem outperform Toledo’s, he said.

Fort Wayne also had a better tech startup ecosystem because its largest university, known until recently as Indiana University-Purdue University Fort Wayne, has been a source of new tech talent and entrepreneurs, Gutwein said.

“I was talking to some of the people today about the internship program and they were able to grow talent from within,” he said. “IPFW was actually spinning off some really good interns.”

“When I was a little younger in Fort Wayne that (entrepreneurship) wasn’t the traditional path,” he said. “If you wanted to do something entrepreneurial, if you wanted to start your own company, people kind of looked at you and said, ‘Well, why would you want to do that instead of going to college or instead of getting maybe a single job, something that’s not too risky, something that’s a little more traditional.’”

That attitude has finally started to shift.

“We’re starting to see greater acceptance of people who go off the beaten path and are creating their own paths now, in large part through things like the Fortitude Fund and what Elevate Northeast Indiana is doing here,” Arnett said. “But we’ve got a lot of work to do.”

Gillam agreed with the opinions expressed by Clark, Gutwein and Arnett, and suggested that Fort Wayne entrepreneurs also could leverage the city’s relative proximity to Fortune 500 company headquarters locations to market the growth potential of their tech startups.

Because they don’t have access to those clients there, they come to places like Fort Wayne to test it.

“So that’s one thing that we can always leverage is our geography,” he said. “We already have the established industries here.”

Gillam was referencing some “Midwest fun facts” included in a Microsoft PowerPoint presentation Gutwein shared early in the panel discussion.

A presentation slide that said the Midwest had the world’s fifth largest economy also said it had more Fortune 500 company headquarters locations than any other region, and 27 percent of the nation’s computer science graduates.

As a percentage of all venture capital deals done in the nation, M25 research showed the Midwest’s share has grown to 9.6 percent from about 3.25 percent in 2002. 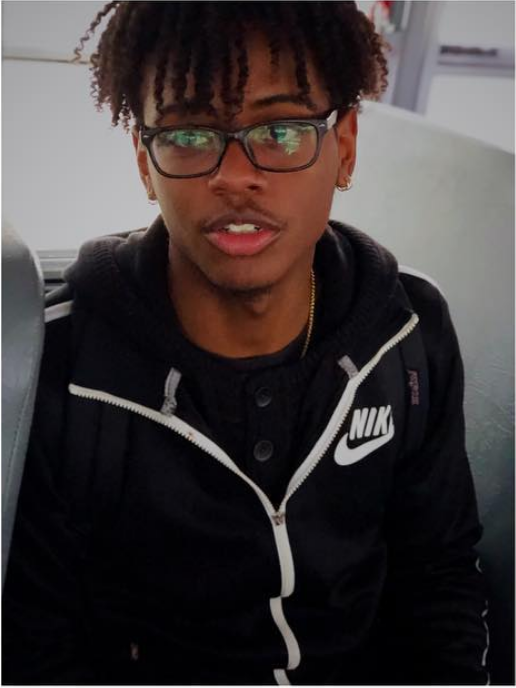 During his second year at the FWCS Career Academy, Terrence (18) was inspired to create his own graphic design business, offering design work including logos, advertisements, and other marketing pieces. His vision is to help other organizations tell their stories with original designs, marketing pieces, and tshirts. With the micro-grant, Terrence can expand his business, invest in equipment, and expand how he offers his services and products. 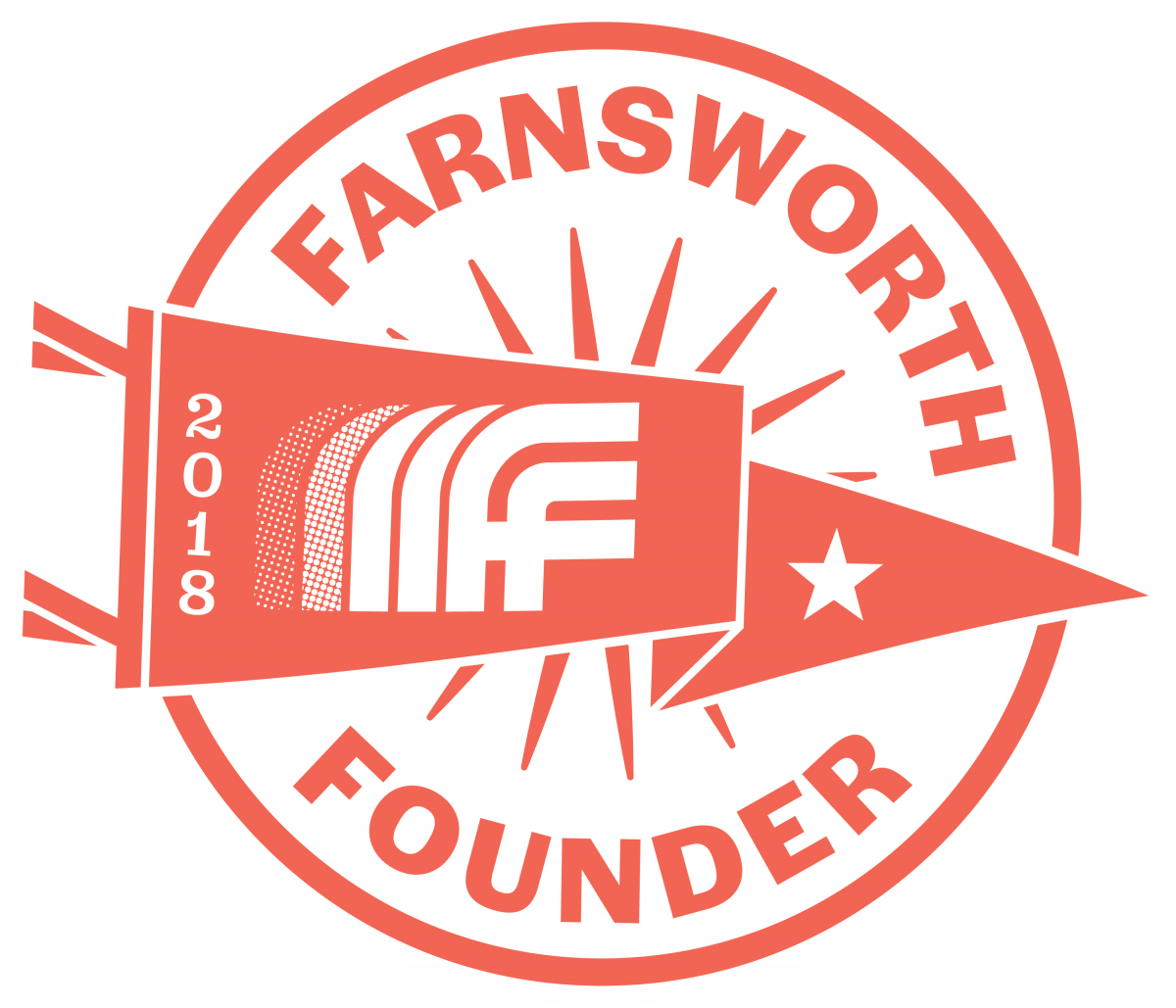 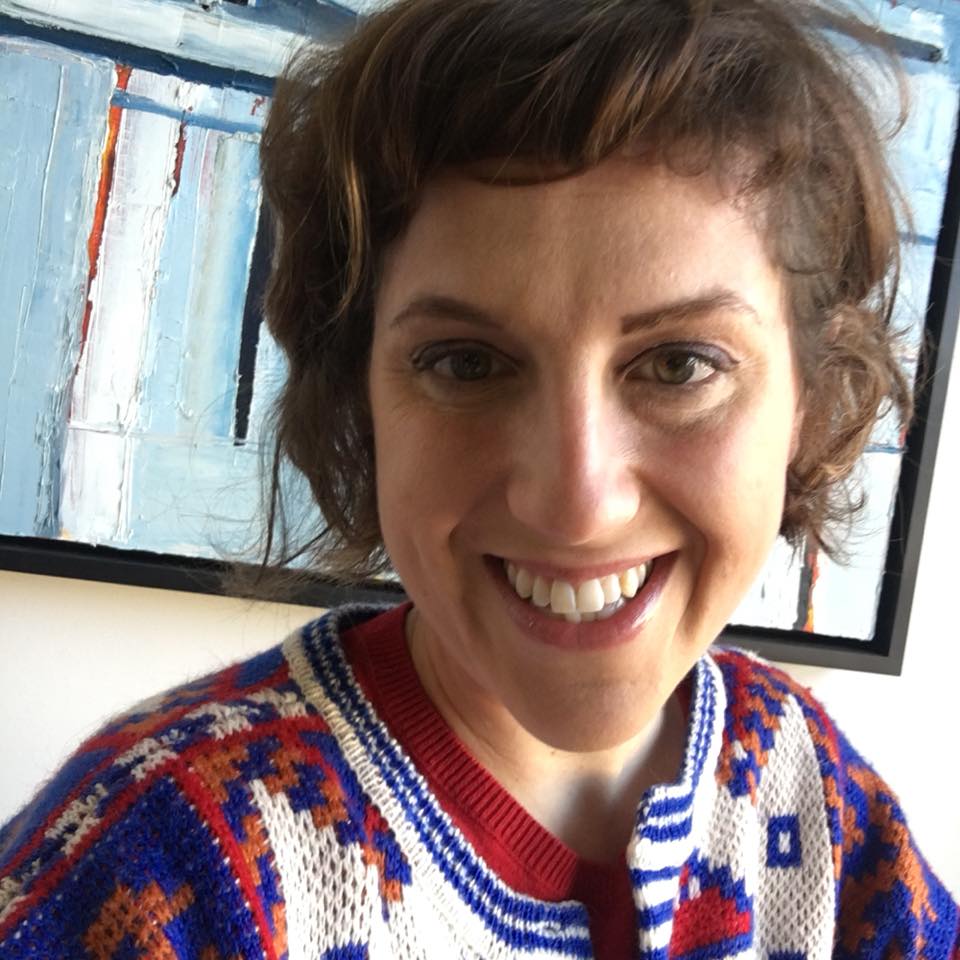 Lauren started her business New Heights Fitness to help people become healthier versions of themselves by creating a positive relationship with exercise. She wants to create an environment that motivates her clients to exercise in a way that works for them, no matter where they are on a fitness level. With a micro-grant, Lauren can meet in a semi-private space with clients, making fitness attainable and accessible for everyone.

The Fort 806 podcast is a show created to help listeners rediscover the diverse city of Fort Wayne, highlighting local events and activities around the city. Sonya (33) started the show over a year ago, and hopes the show will help people see their community and their neighbors as beautiful and diverse. With the micro-grant, Sonya can help fund giveaways on her show, which will help fund events and activities within Fort Wayne. 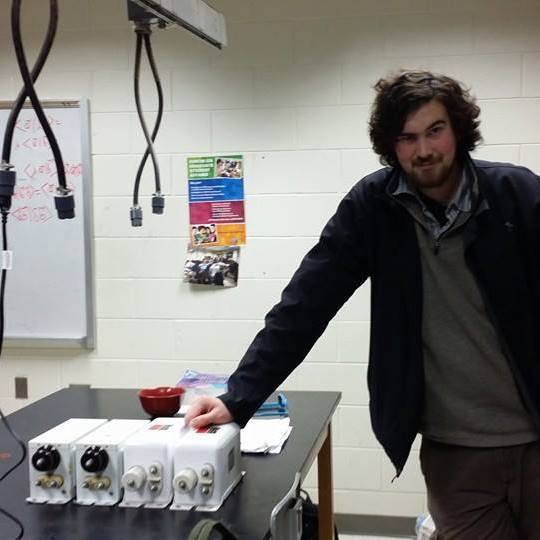 As someone who loves to learn, invent, and build, Matt (24) recognized that Fort Wayne needed a well-equipped and staffed research lab for people like to him to bring their ideas and concepts to life. Whether it’s electrical, engineering, or technological, the research lab would give students and companies a place to work on projects. Through the Fortitude Fund, Matt can purchase equipment, advertise the program, attract clients, and maybe even begin the first research project. 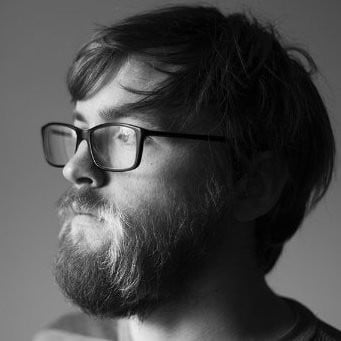 As an arts entrepreneur, Kurt (26) created SoundWalk–a mobile app that gives listeners an immersive audio experience as they walk through public spaces. Artists compose music or narratives that are geotagged on a map within the app, allowing the listener to experience unique art of various kinds produced for wherever they are. Using the micro-grant, Kurt will be able to fund at least one fictional narrative production, geotagged locally in Fort Wayne. 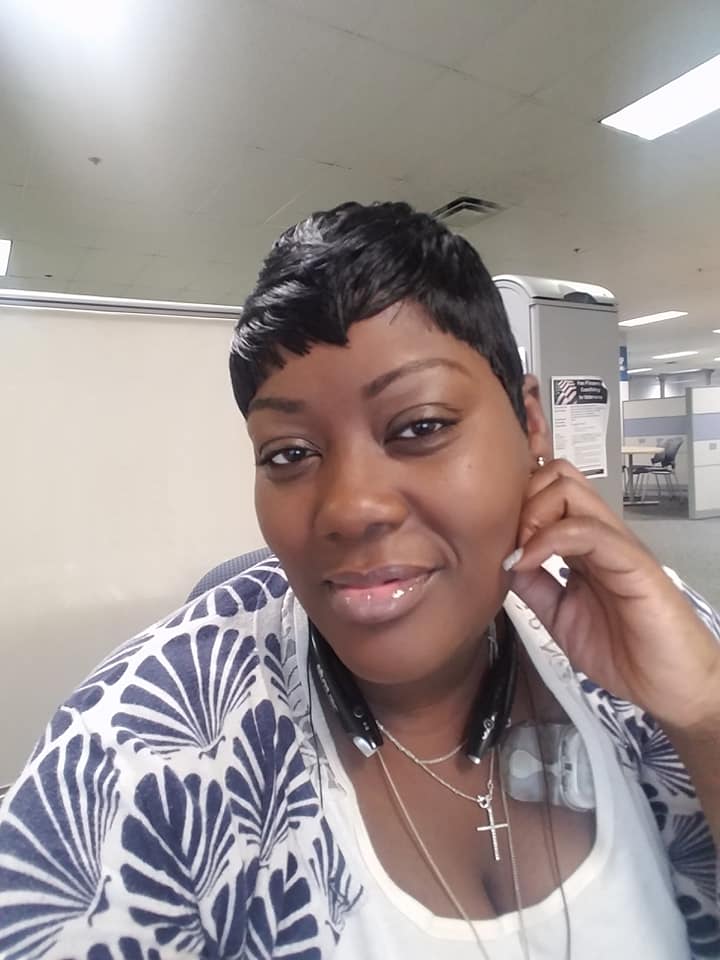 Stephanie (35) has established a re-employment agency for people who struggle to find a job because of their criminal background or disability. Her agency offers training for individuals to equip them for any workplace, helps them create a working resume, and assists them in finding the right kind of work that fits their skills and personality. With a micro-grant, Stephanie can invest in office equipment and software and fund her rental space.